Fishing Sites in the City of Muskego

Muskego's lakes are considered one of the best places to introduce children to the sport of fishing. 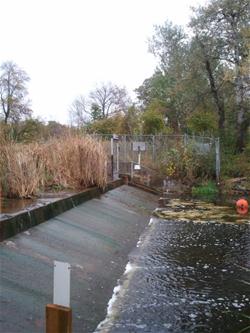 The fertile waters of Big Muskego Lake support an excellent fishery with healthy populations of panfish, largemouth bass, northern pike, and walleye. Fishing is the activity cited by most people as the primary reason they use Big Muskego Lake and Bass Bay. Fishing Reports...

The oxygen between the ice and lake bottom can be readily consumed through the respiration of organisms and the decomposition of organic matter. Further more, little oxygen is being produced when there is deep snow cover, reducing light penetration and therefore photosynthesis.

A comprehensive survey completed in 2008 indicated the northern pike size structure was inadequate in providing predation on benthivorous rough fish and small planktivours fish. Due to the accelerated growth rates of common carp, large northern pike are the only native predator species able to effectively feed on young carp. By increasing the abundance of large northern pike, we will expect to slow the recruitment of common carp and small planktivores providing better water quality, diverse and abundant native aquatic macrophytes and better fishing! 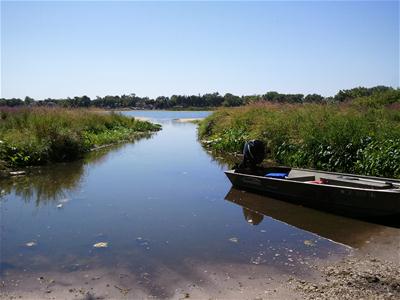 Lake Denoon supports a productive panfish fishery. The dominant species is bluegill, which appear to exhibit average growth rates as compared to other lakes in the region. Other common panfish include pumpkinseed, warmouth and bullheads. Crappies, yellow perch, and rock bass are also present. Fishing Reports...

Shoreline Fishing - There is no shoreline fishing on this lake.